Search Results for: State of the Lake 2018

Dr. Todd Stong is a licensed professional civil engineer who has served for the past 14 years in Jalisco state as a volunteer engineer adviser to local area governments.  Dr. Stong focuses on water quality and management and job creation in the 42 villages around Lake Chapala.  The following is a brief summary of his annual update to an overflow audience in Ajijic on March 4, 2018: Three "good" things to report about the state of the Lake: Lake volume and quality is very good despite the fact that the lake will never be full in our lifetimes due to Guadalajara water usage High … END_OF_DOCUMENT_TOKEN_TO_BE_REPLACED

September 16 is the official celebration of Mexican independence, a big holiday in Mexico similar to the 4th of July in the U.S. and Canada Day. The Grito de Dolores The "Grito de Dolores" is a historic event that happened on September 16, 1810, when the priest Miguel Hidalgo rang the bell of his church and issued a call to arms to fight Spanish occupation in the small Guanajuato province town of Dolores (now Dolores Hidalgo).  Each year the 'grito' is reenacted in villages and towns throughout Mexico, led by the 'grito' issued by the President of Mexico from the balcony of presidential … END_OF_DOCUMENT_TOKEN_TO_BE_REPLACED 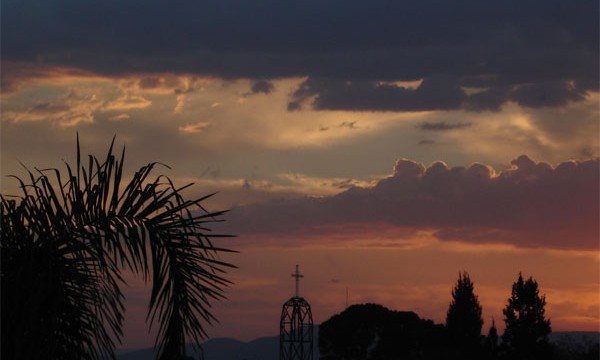 Here in Mexico we are in the midst of rainy season which runs from approximately June 15 to October 15 varying slightly from year to year, such as 2018 when it rained all the way through Day of the Dead in November, and 2017 when the rainy season was mostly over by September 30. This year, 2019, has seen serious flooding in many areas of Mexico and several severe hail storms including one in Guadalajara that left almost 4 feet of hail on the streets and made the international news. Lakeside Rainy Season The Lakeside rainy season is distinct due to the micro climate created by the surrounding … END_OF_DOCUMENT_TOKEN_TO_BE_REPLACED