or Love it or Leave It - when it comes to the Fiestas Patronales Every town in Mexico has a nine-day annual fiesta honoring their patron saint.  The festivals are religious, pagan and secular all at once here in Mexico where contradictions live happily side by side!  Whether you will want to join in the fun or head for the hills (or in this case beach) will largely depend on how much you like to party, the proximity of your home to the town square, and your level of noise tolerance. The Guilds Ajijic's patron saint festival honoring San Andres (Saint Andrew)  is held every year from … END_OF_DOCUMENT_TOKEN_TO_BE_REPLACED

Mexico is full of treasures and lakeside is all around Lake Chapala, which the indigenous used to call the sea of Chapala due to its size.  The north side of the lake that we commonly call Lakeside from east to west consists basically of the towns of Chapala, Ajijic, San Juan Cosala, and Jocotepec.  On the south side of lake you'll find from west to east the towns of San Luis Soyotlan, Tuxcueca, Tizapan, Sahuayo and Petatan (where the pelicans come to winter), Sahuayo and Jilquipan. I've been curious about the 'other' side of the lake ever since arriving in Ajijic almost two years ago.  A … END_OF_DOCUMENT_TOKEN_TO_BE_REPLACED

Day of the Dead on November 1-2 is one of the most important holidays in Mexico.  It's a wonderful opportunity to see life and death through the eyes of the Mexican culture as you visit the altars set up all around Lakeside to honor ancestors who have passed and their return to visit their living loved ones on this holiday. If you are interested in a possible move to Lakeside, our October 27-Nov. 1 fast track learning seminar is the perfect opportunity to explore what Lakeside has to offer and the Day of the Dead celebrations.   Day of the Dead Lakeside In Ajijic, the altars are … END_OF_DOCUMENT_TOKEN_TO_BE_REPLACED

This weekend was the Globo festival, an annual Ajijic tradition since 1947.  This event unofficially kicks off the next seven months of fiestas and the run-up to 'high season', which is basically November 1-April 1.  Here are some cultural tips from local residents, long-term expats, and my own 20+ years of life in Latin America to help you get the most out of your Lakeside visit or move. DO "Enjoy the community and the traditions.  Get to know the background and history of the community, the Lake Chapala Society, the children's art program, and the art galleries, which are an echo of the … END_OF_DOCUMENT_TOKEN_TO_BE_REPLACED 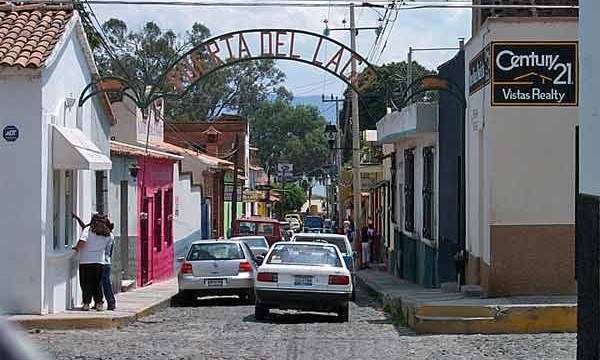 There is a lot of current social media buzz about the flood of foreigners moving to Ajijic, rising prices, etc.   A recent video by Tangerine Travels points out some of the drawbacks of Ajijic and generated a flood of comments.  Additionally, some people say the town is ‘full’ and the expats are ruining the character of the town.  So let’s look more in depth at the ‘ugly’ side of Ajijic: Rising Real Estate/Rental Prices It is true that prices for both home purchase and rental are rising.  The Tangerine video stated that there is nothing available for purchase in Ajijic for less than $250,000 … END_OF_DOCUMENT_TOKEN_TO_BE_REPLACED