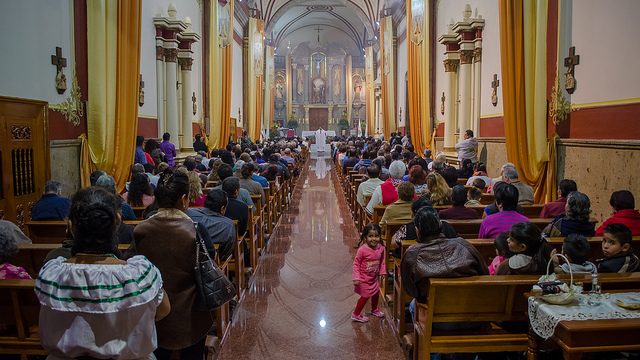 or Love it or Leave It - when it comes to the Fiestas Patronales Every town in Mexico has a nine-day annual fiesta honoring their patron saint.  The festivals are religious, pagan and secular all at once here in Mexico where contradictions live happily side by side!  Whether you will want to join in the fun or head for the hills (or in this case beach) will largely depend on how much you like to party, the proximity of your home to the town square, and your level of noise tolerance. The Guilds Ajijic's patron saint festival honoring San Andres (Saint Andrew)  is held every year from … END_OF_DOCUMENT_TOKEN_TO_BE_REPLACED

Mexico is full of treasures and lakeside is all around Lake Chapala, which the indigenous used to call the sea of Chapala due to its size.  The north side of the lake that we commonly call Lakeside from east to west consists basically of the towns of Chapala, Ajijic, San Juan Cosala, and Jocotepec.  On the south side of lake you'll find from west to east the towns of San Luis Soyotlan, Tuxcueca, Tizapan, Sahuayo and Petatan (where the pelicans come to winter), Sahuayo and Jilquipan. I've been curious about the 'other' side of the lake ever since arriving in Ajijic almost two years ago.  A … END_OF_DOCUMENT_TOKEN_TO_BE_REPLACED

Congratulations - the decision is made and you are heading south of the border!  When you arrive Lakeside it's a good idea to take several months to acclimate and manage all the business involved with starting a new life in a new country, but once you're feeling settled you may want to find a way to give back to the community that is hosting us. From the first expats who came to the area, Lakeside has a long history of volunteerism and today there are many established charities that could use your help and, if there is something you would like to do that's not currently available,  you may … END_OF_DOCUMENT_TOKEN_TO_BE_REPLACED

This weekend was the Globo festival, an annual Ajijic tradition since 1947.  This event unofficially kicks off the next seven months of fiestas and the run-up to 'high season', which is basically November 1-April 1.  Here are some cultural tips from local residents, long-term expats, and my own 20+ years of life in Latin America to help you get the most out of your Lakeside visit or move. DO "Enjoy the community and the traditions.  Get to know the background and history of the community, the Lake Chapala Society, the children's art program, and the art galleries, which are an echo of the … END_OF_DOCUMENT_TOKEN_TO_BE_REPLACED

With a supportive community of both expats and locals, it might seem that culture shock is not something you have to deal with when moving here, but culture shock is a reality when making any international move even for those of us who are already familiar with a particular language and/or culture from past experience.  Any time you make a big life change, it will shake things up for you and your loved ones.  Understanding and accepting this reality can actually help to smooth out the transition somewhat.  Pink Pangea, a women's travel site, gives an excellent synopsis of what culture shock … END_OF_DOCUMENT_TOKEN_TO_BE_REPLACED