One of the great advantages of Lakeside living is its location in the central highlands of Mexico, making it relatively easy to travel anywhere inside Mexico and internationally due to the close proximity of the Guadalajara airport.

This is the beginning of a series of occasional articles highlighting lesser known travel destinations within Mexico.  As we travel, from time to time we will take you along to visit some of the great cities of Mexico. 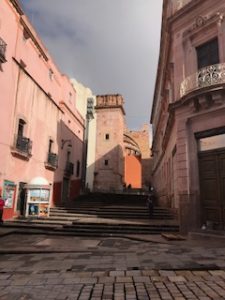 Everyone has heard of Cancun, Puerto Vallarta, etc., but have you ever heard of Zacatecas, (which is small enough that it doesn’t show on the map here)?  If you love art, literature and history,  Zacatecas is a must see on your forays into Mexico.

Zacatecas is both a city and a state and while the state is on the current U.S. State Department travel advisory, Zacatecas City is not.   Traveling north from Lakeside, Zacatecas is approximately a 4 1/2 hour drive on the toll roads.  On our recent trip, we encountered a couple of military checkpoints but never felt in any danger.

Zacatecas is a mining city of ~125,000 population located at 8,200 feet altitude, making it substantially cooler than Lakeside, which is around 5,000 feet.  Summer is the best time to visit as it can be terribly cold in winter with January temperatures in the low 30’s and even occasional snow, which is difficult to endure with no central heating.  However, the spring and summer months can be the perfect time to enjoy the cooler temperatures of Zacatecas. 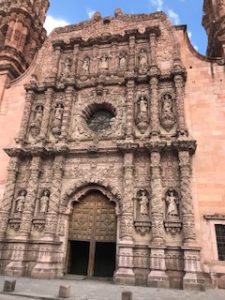 Many of the buildings are built from rose quarry stone that casts a soft glow over the city, which is enhanced even more at sunset when it seems like the buildings are lit as the sun goes down. One of the most imposing sights is the Zacatecas Cathedral. 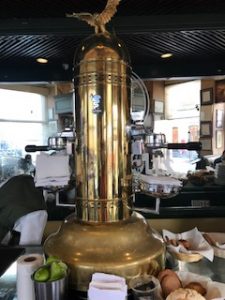 For a great breakfast or lunch in an art gallery, try the Acropolis Restaurant across from the Metropolitan Cathedral.  This is not a Greek restaurant as the name suggests, but a restaurant founded over 70 years ago to promote Zacatecan culinary tradition and art. 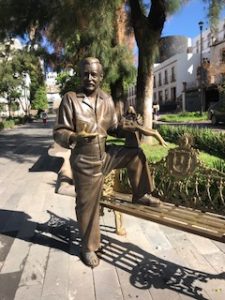 Most of the museums open at 10, so after breakfast take some time to walk around the center and enjoy the beautiful city parks that are carefully landscaped and maintained. 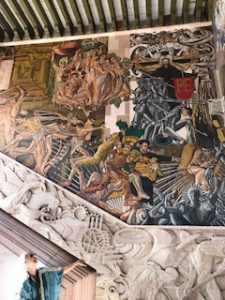 In the vestibule of the Legislative Palace, located next to the Metropolitan Cathedral, you will find a three part mural “Under the Stone” representing the past, present and future of Zacatecas painted in 1985 by Zacatecas paintor and sculptor, Ismael Guardado.  The mural shows Zacatecas built on the backs of the indigenous population. 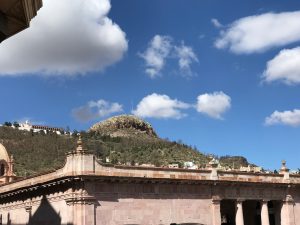 High above the city is “La Bufa” a rock formation said to be named after the pig bladders that children hauled in and out of the mines during the Spanish occupation to carry water to the miners.  Be sure to take a look at La Bufa lit up at night. 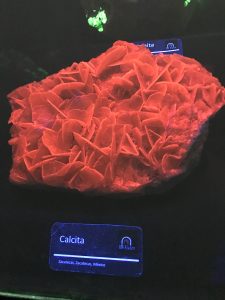 Right next to La Bufa is the El Eden mine, the biggest and most well preserved mine I’ve ever visited.  You enter the 16th century mine via a mine cart and are taken directly to an underground mine museum, followed by a mine tour.  The mine also has an underground weekend night club complete with fiber optics so partygoers can use their cellphones.  See Jim and Carole’s Mexico Adventure for an online mine tour and more in-depth information on Zacatecas.

Leaving the mine, it’s a short walk to the newly restored cable car that will take you to La Bufa and the museum that guides you through the history of the 1914 battle for Zacatecas.  (Here you will need an English speaking guide or be ready to practice your Spanish.  If you ask nicely, the staff will try to match you with an English speaking guide). 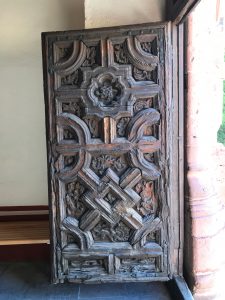 After all that, your journey has only just begun as you descend the hill to the Pedro Coronel museum, founded in 1983.  The museum consists of Pedro Coronel’s private art collection, studio and now his remains.  The home was a Jesuit school in the 17th century and also contains a one- of-a-kind rare book library with tomes in many languages, including English.  Here you will find art by Chagall, Dali, Goya, Picasso and Vaserely along with art pieces from Africa, China, Greece, Italy, Japan and others, and the best collection of Huichol art I’ve seen so far in Mexico. 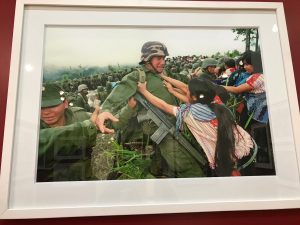 One entire room is dedicated to the photo journalism of Pedro Valtierra, a well-known Zacatecan photographer from the city of Fresnillo. His work is humane, political and reflects current Mexican realities.  Because of the relationship he has with his subjects, his photographs allow you into realities not often seen by foreigners.

You will need at least a half-day visit to fully appreciate all this museum has to offer.

We ran out of time to visit the famous Rafael Coronel mask museum, the museum of Guadalupe, and the only abstract art museum in Latin America, so stay tuned for Part II after our next trip to Zacatecas.  Thanks to JP Chavez of Magnificent Tours for his excellent service as guide on this trip!  There are a number of individuals and companies Lakeside that can assist you in joining a tour or forming your own private tour within Mexico.

As you can see Mexico is a rich and ancient culture and you can spend years exploring its treasures from your Lakeside home base!

Our programs offer the perfect balance; a wonderful vacation and an insightful, educational experience. Our expert speakers cover all topics: Health Care, Real Estate, Legal System, Safety, Immigration, Bringing Pets, Cost of Living, US Taxes for Americans, Non-Residency for Canadians, Living on the Lakeside, Investing in Mexico, Mexican Economy and much more…